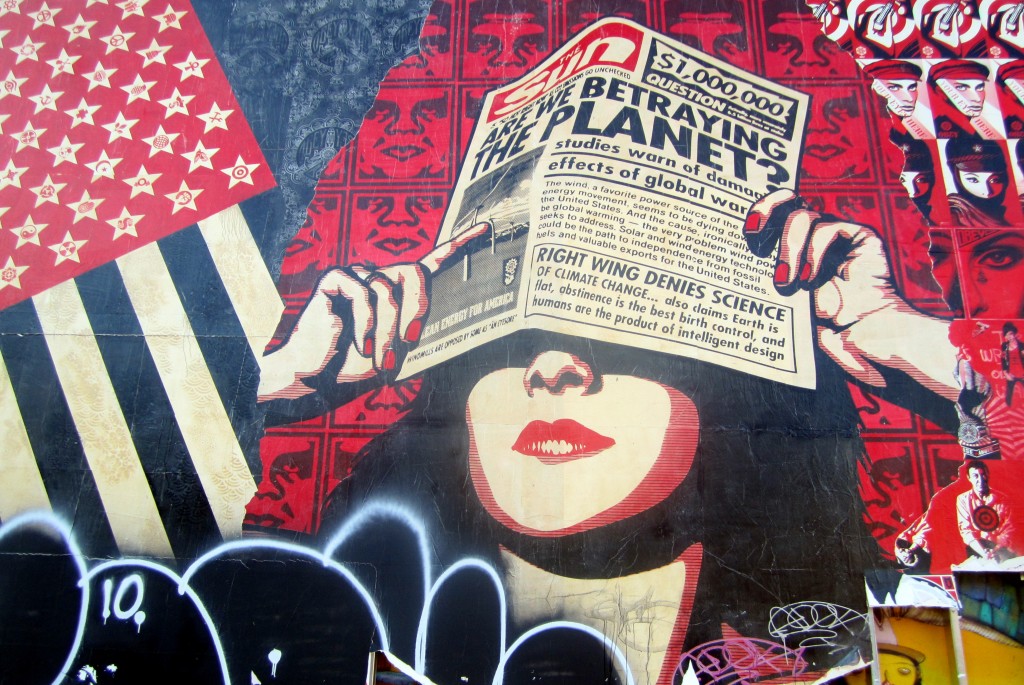 The burgeoning problems with the media have been documented in great detail by researchers, academicians and journalists themselves:

There is tendency for the press to play up and dwell on stories that are sensational - murders, car crashes, kidnappings, sex scandals and the like.

A 1999 poll by the Columbia Journalism Review and the nonprofit research firm Public Agenda of 125 senior journalists nationwide found:

While the media is busy covering sensationalist stories, issues that affect our lives and the whole world receive little attention.
The Environment

Though polls repeatedly show Americans overwhelmingly (higher than 80 percent) want improvements in the environment, Dan Fagin, President of the independent Society of Environmental Journalists, said in 2003 “Whether the subject is global climate change or local sprawl, aging power plants or newborn salmon, debate over environmental issues has never been … so obfuscated by misleading claims. Meanwhile, getting environmental stories into print, or on the air, has never been more difficult.”
Government

According to the World Health Organization about 28,000 people who die every day around the world could be saved easily with basic care. In all, last year 8.8 million lives were lost needlessly (approximately the combined number of people living in Massachusetts, New Hampshire and Maine) due to preventable diseases, infections and child birth complications.
When Americans are asked what percentage of the GDP for international aid would be reasonable, the answers range from 1 percent to 5 percent. Similarly, when asked what percentage of the federal budget should go to foreign aid, Americans on average said 14 percent, and that in fact, they thought 20 percent was currently being allocated. The actual amount of our budget allocated is 1 percent.
Yet the press rarely reports on any of the above – that we give so little, that we are avoiding what we agreed to, that Americans think giving at a higher level would be reasonable, that we think we are giving far more than we are, and that a huge number of deaths every day (eight times the number that died in the 9-11 attacks), are a direct result of not receiving basic care.  When the press does report on foreign aid, the media often perpetuates the myth that we give substantially and in proportion to our means.

She found that from 1984 to 1995, The Ann Arbor News published 11 articles on the achievement gap in local schools; then suddenly, in 1997, 92 achievement-gap articles appeared; then, gap coverage virtually disappeared again, plummeting to two articles in 2001. What amazed her was that during that entire period the achievement gap remained substantial and virtually unchanged.

The media does not cover itself

If this were happening in any other profession or power center in American life, the media would be all over the story, holding the offending institution up to a probing light. When law firms breach ethical canons, Wall Street brokerages cheat clients or managed-care companies deny crucial care to patients, we journalists consider it news and frequently put it on the front page.  But when our own profession is the offender, we go soft.
By failing to cover ourselves, we have made ourselves complacent, virtually assured that because we are not likely to be scrutinized by our peers, we are safe in our careless or abusive practices.”

…. As a loyal American, trained as a journalist some 45 years ago, I am convinced that journalists in the U.S. feel increasingly trapped between their professional values and the marketing/profits mentality so evident now everywhere in the news industry. The old professional values urge them to dig, investigate and bring to the light of day the relevant facts and issues, while the market/profit mentality asks, ‘Is it worth it? Do enough people care?’
It seems clear enough that the market/profit mentality has won out, especially in electronic news, and to a considerable extent in the print media. ... Meanwhile, the push for corporate profit margins much higher than those of average American businesses goes on — with 40 to 100 percent in the electronic media and 12 to 45 percent in the print media common during 2003.”
- Margaret T. Gordon, a professor of news media and public policy at the Evans School of Public Affairs at the University of Washington and formerly the dean of the school, in a Seattle Times column August 08, 2003.

» 30 GENIUS HACKS FOR YOUR LIFE

» Top 5 Programming Languages to Learn to Get a Job at Google, Facebook, Microsoft, etc.

» List of 95,000 Potential Non-Citizen Voters 'May Have Been Overstated,' Texas Secretary of State Tells Counties

» WWE Confirms Dean Ambrose Will Not Be Renewing His Contract

» challenged Brock Lesnar to a Universal Championship Match at WrestleMania

» 'It was not fun': How Drew Smyly's long road back from Tommy John surgery puts him in same boat as much of Rangers' pitching rotation

» THE 20 MOST INSANE TV CROSSOVERS, RANKED

»  The problem of media in the United States of America

» No Permit for Texas Float Fest Amid Increasing Attendance

» Ronda Rousey has trashed reports she is set to hang up the spandex and step out of the WWE spotlight to start a family.

» Learn How to use java script programming

» How to connect any wifi at home

» How to install windows in your PC plaise upvote and watch

» Awesome life hacks for your dog watch and upvote plaise

» How to keep your dog busy while you're at work

» How to keep your dog busy while you're at work

» Breaking news:Two explosions gunfire head at a hotel and office...

» How to enable facebook messenger dark mode on android